Dictionary of Sydney on 2ser 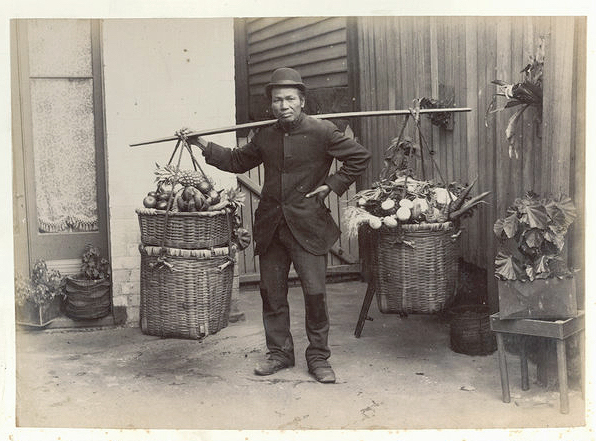 “Perhaps the first surprising fact to those of us who have grown up visiting Chinatown, is that it wasn’t always called ‘Chinatown’ and it hasn’t always been in Dixon Street! The first concentration of Chinese residences and shops were actually in The Rocks.

Chinese hawkers…were viewed with a level of mistrust by locals who saw them as alien and threatening. For an already suspicious public, sensationalised reports of squalid opium and gambling dens did little to improve Chinatown’s image….” Read more

“The Great Irish Famine is a dark part of Ireland’s history, lasting from 1845 -1852. It brought drastic change to Irish society, claiming the lives of over 1 million people and leading to a mass exodus of over a million more. In total, Ireland lost over 25 per cent of its population to famine…” Read more “In light of the International Court of Justice’s ruling delivered yesterday against Japan’s whaling program, Nicole thought it would be interesting to remember how integral the whaling industry was to the Australian economy during the 1800s when it was our major export commodity. In fact, the main whaling port of Australia at the time was a city that we all know and love – Sydney!” Read more

Decima Norman at the Empire Games “The Commonwealth Games used to be called the British Empire Games and in 1938 Sydney hosted the third ever Empire Games with Australia winning the medal tally!

One particular Australian star dominated athletics medal tally – and that was the Western Australian the newspapers called the ‘wonder runner’…Decima Norman. During the games, Norman became the first Australian to win a gold medal in Sydney…The newspaper reports dubbed her ‘the white streak from out of the west’.” Read more “Did you know Sydney has a long history with the circus, dating all the way back to 1850? The modern circus emerged in London in 1768. The word itself entered common usage as it referenced the open-air, circular riding tracks used by performers. Although these performers were a source of entertainment, they were considered low in the social hierarchy and were labelled ‘rogues, vagabonds and sturdy beggars’. In fact, some of England’s circus performers found themselves on the wrong side of the law and were subsequently transported to Australia, bringing their act to new audiences.” Read more

Law and Order in Sydney The arrest of Governor Bligh 1808, State Library of NSW

“Monday 15 June 2015 marked the 800th anniversary of Magna Carta, or the Great Charter, which has been widely recognised as the most famous legal document in the world. With all this talk about Magna Carta, being the origin of the rule of law and an important step toward modern democracy, I thought I’d search the Dictionary of Sydney and find out about how Sydney established law and order from the early days of convict settlement.” Read more “It’s been 150 years since the famous author Lewis Carroll published Alice’s Adventures in Wonderland, but did you know Sydney had its own Wonderland back in the early 1900s? I thought I’d delve into the Dictionary of Sydney and spoke to Sophie on 2SER Breakfast about our city’s love of amusement parks.” Read more

← Sculpture at Sawmillers Exhibition The glamour of a naval visit →