I’m a professional historian and museum professional who specialises in social and public history, cultural collections and heritage research and interpretation. I have worked on projects for the City of Sydney, Dictionary of Sydney, IP Australia and more.

Create engaging historical narratives for a wide audience based on research and analysis of evidence.
N

Publish or present historical narratives across a number of formats such as online, print, broadcast, in person.

Want to work with me?

View my work and process
Tell me about your project
Nicole is a highly regarded consulting historian who works with and for a range of diverse history and community organisations and museums. Her outputs are produced to a very high standard, she is professional and prompt in her communications, never misses deadlines and she pays excellent attention to detail.
Associate Professor Tanya Evans

In my many dealings with Nicole since 2013, I have found her articulate, innovative, well organised, and a superb researcher and writer with an excellent track record in meeting deadlines. She also has particularly strong social media skills. She is always pleasant to deal with. I have no hesitation in highly recommending Nicole as an historical consultant.
Emeritus Professor David Carment AM 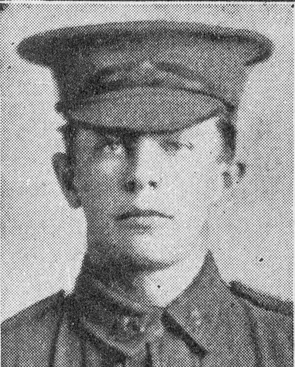 The Ultimo Roll of Honour

Several years ago, in a small attic of the former Ultimo Presbyterian Church, a handyman stumbled across a three-panelled wooden World War I honour board. Its gold lettering still glistened in the shadows with the names of men long gone, almost a century after the board’s creation.

While there are many stories about the movement of the honour roll that remain unknown, the stories behind the 36 names on the board are a poignant insight into the lives of the men who enlisted in the Australian Imperial Force and the effects of the war on the Ultimo community.

From Calabria with love

On 25 1953, Teresina Caccamo donned her wedding dress and made her way to the local church in Taurianova in Calabria, Italy. She proceeded up the aisle, but it wasn’t her fiancé who greeted her at the altar.

As the wedding bells chimed and the celebrations commenced, across the other side of the world the real groom was working in Australia’s largest foundry in Sydney. All it took was a photograph for Giovanni Cama to decide he wanted to marry Teresina. This is their story. We’ve had our share of memorable advertising and the recent use of the Sydney Opera House as a ‘billboard’ is without a doubt one of the most controversial.

Picturesque Sydney Harbour has 13 islands, each with its own fascinating history. One of them, Rodd Island, was once converted into a laboratory in the late 19th century.

The art of interview

On Monday I attended a seminar presented by the Walkley Foundation, ‘The art of interview’, which have provided some valuable insights for oral history.

On Monday we heard that the 86-year-old General Gordon Hotel in Sydenham had been gutted by a ferocious fire. I spoke about it’s history on 2SER.

The exhibition, Blaze, features fascinating stories of women trailblazers including that of the Aboriginal activist, Pearl Gibbs.

Today any bar or restaurant in Sydney offers an extensive wine list and array of scrumptious dishes from around the world. But it hasn’t always been so.

Waverley Cemetery is the resting place of many well known people, but one person has largely been forgotten in the history books – Maggie Oliver.

Audiocraft included two days of talks and workshops covering the best in audio production. I’ve come away with a range of ideas.

Reynolds’ cottages on Harrington Street, The Rocks have survived for 187 years! I spoke about them on 2SER for the Dictionary of Sydney.

“I challenge you sir!” – Duelling in colonial Sydney

Did you know a duel took place in a field in Homebush one morning in March 1827? I spoke about duelling in colonial Sydney this morning on 2SER Breakfast.